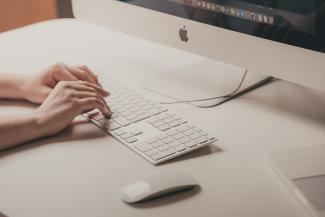 It was another volatile week on Wall Street that included both a major sell-off and new market highs.  On Monday, July 19, the U.S. equity markets dropped more than 2% on fears of the resurgence of the COVID delta variant.  Then investors’ attention turned to the second-quarter earnings reports coming from some of the mega cap technology companies. By week’s end, not only did all three major U.S. equity markets fully recover and then some, the S&P 500 and NASDAQ had reached all-time highs.  For the week, the Dow and S&P 500 gained 1.12% and 1.97%, respectively, and the NASDAQ added an impressive 2.84%.

The biggest names in the S&P 500 – including Apple, Microsoft, Amazon, Facebook and Alphabet (Google) – are set to report second-quarter earnings results this week.  These reports will add to what has been an exceptional earnings season.  So far, 24% of companies in the S&P 500 have reported second-quarter results, and of these, 88% have exceeded Wall Street’s earnings per share estimates, according to analysts from FactSet.

The Federal Reserve’s two-day July meeting is set to begin Tuesday, July 20.  Investors will be looking for signals on when central banks might start tightening monetary policy and show how they are feeling about rising inflation.  The 10-year Treasury yield ticked lower this morning to around 1.25%.  The yield, which moves inversely to price, hit a 5½ low of nearly 1.13% last week.