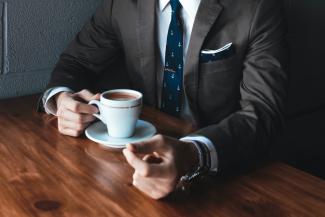 With a disappointing employment report last Thursday and a hotter-than-expected consumer price index (CPI) report on Friday, the major U.S. equity markets suffered their largest weekly declines since late January.  The Dow and S&P 500 fell 4.6% and 5.1%, respectively, while the technology-heavy NASDAQ lost 5.6%.  The majority of those losses came at week’s end following the CPI report when the Dow dropped 880 points, or 2.7%.  The S&P 500 and NASDAQ fared even worse, losing 2.9% and 3.5%, respectively.

The Bureau of Labor Statistics reported on Friday that May’s CPI increase was the highest since December 1981 and unfortunately exceeded economists’ estimates/expectations. The core CPI, stripping out volatile food and energy prices, increased 6% over the same period, also above estimates.

The Federal Open Market Committee (FOMC), the policy-setting arm of the Federal Reserve, meet Tuesday and Wednesday of this week to determine the future of interest rates.  Until the May CPI report, the FOMC had been quite transparent about their intentions to raise the Federal Funds rate by 0.5% at their June meeting, and again by 0.5% at their July meeting.  But the newest CPI data may be changing the direction of rates.

“The Fed’s price stability resolve is going to be really tested now,” Principal Global Investors Chief Strategist Seems Shah said in a note. “Policy hikes will need to be relentlessly aggressive until inflation finally starts to fade, even if the economy is struggling.”  This “relentlessly aggressive” stance could include raising interest rates by 0.75% on Wednesday, a move economist at Barclays said Friday is now their baseline expectation.

The uncertainty over interest rates and recession fears are adding to an already volatile stock and bond market.  The S&P 500 is down 18.1% year-to-date through last Friday’s close.  That’s also 19.1% below its record set in January.  The Dow has fallen 13.6% in 2022, while the NASDAQ is deep in bear market territory, down 27.5%.

Former Federal Reserve Chair Ben Bernanke has a somewhat brighter take on the economy.  He recently stated that the U.S. has a strong labor market, indicating that “with some luck, and if the supply side improves, the Fed can get inflation down without imposing the kind of costs we saw in the early 80s.”

Further, the Federal Reserve Bank of St. Luis increased its second-quarter gross domestic product (GDP) forecast to 2.66%, up from the prior week’s 2.61% but well under its initial forecast of 4.58%.