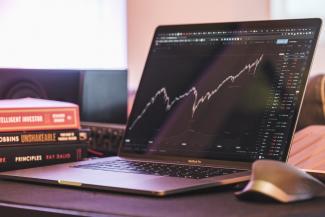 Investors currently seem to be focused on two things – the labor markets and inflation.  Over the last month, the “reopening economy” has been hampered by a lack of labor.  Hotels, restaurants, airlines and other service-heavy industries have been forced to scale back hours and even days of operation due to the lack of workers.  Many economists point to the federal enhancement of unemployment benefits creating, in effect, wage competition where workers can actually make more by not working.  At last count, more than 20 states have terminated the federal enhancements of unemployment benefits – and to no real surprise are seeing the largest gains in workers returning to the job.

Inflation has returned.  Economists define the cause of inflation as too many dollars chasing too few goods and services.  The excess dollars in the economy are being supplied by the Fed’s purchasing of securities in the open market and by the many stimulus packages over the last year.  Couple that with the labor shortage and its only a matter of time before prices begin to rise.  Treasury Secretary Janet Yellen has stated that the inflation we have already seen is merely “transitory” and is a short-term phenomenon.  Many economists and market analysts believe that the inflation we are now seeing is only the beginning of what may be a longer-term pattern of price and wage inflation.  We will see how the reopening economy handles inflation and whether it is in fact short-term or whether it becomes a longer-term issue.