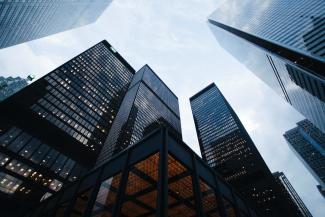 Last Friday’s tech-led sell-off dragged the NASDAQ down 2.4% and took the rest of the market with it.  On the day, the S&P 500 fell 1.6% and the Dow just over 1%.  This made for yet another disappointing week for investors as the Dow fell 0.9% for its ninth negative week in the last ten, and NASDAQ and S&P 500 lost 1.2% and 1%, respectively, last week for their eighth losing week in the last nine.

This week, investors will be focused on the consumer price index (CPI) for May, which is due to be released next Friday morning.  It is expected that May CPI will come in just slightly cooler than April, which could be interpreted by some that inflation has peaked.

“In our view, last week’s economic data showed the U.S. economy remaining resilient,” John Stolzfus, chief investment strategist at Oppenheimer, said in a note.  The key jobs report was released last week and showed a robust 390,000 workers came back to the workforce, which came in better than expected despite fears of an economic slowdown and amid the roaring pace of inflation.  Some analysts believe the strong hiring data could be clearing the way for the Fed to remain aggressive in raising interest rates later this month and in July.

“For now, the market sees a Federal Reserve trying to navigate a painful and bumpy road, yet trying to find a soft exit,” said Quincy Krosby, chief equity strategist at LPL Financial.  “And the market finds itself between wanting to believe in the rallies but not believing that the Fed can negotiate a soft landing.”