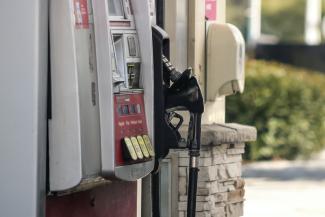 The volatility in the U.S. equity markets, often measured by the S&P 500, continued last week as the index has dropped four of the last five weeks and is now down 12% from its record close established just after the new year.  The market’s focus is divided among the Russian invasion, oil prices and the Federal Reserve’s meeting this week to set the level of interest rates.

Ukraine and Russia resumed peace talks today.  A Ukrainian official said the country’s objectives were to secure a ceasefire and an immediate withdrawal of Russian troops, along with other security guarantees.

Commodity and energy prices have skyrocketed after Russia’s invasion of Ukraine last month, worsening inflationary pressures around the world.  Oil prices that recently peaked at nearly $130 per barrel, has slid to $102.83 as of this morning.  “The recent moves in a range of commodity prices are extreme, and if these moves hold for a prolonged period of time, the economic damage would be significant, but we still do not believe recession needs to be the base outcome, and do not see equities falling from the current levels,” JPMorgan strategist Mislav Matrjka said in a note.

Investors this week have set their sights on the Federal Reserve’s latest monetary policy decision de for release on Wednesday.  Market analysts are expecting the Fed to raise interest rates for the first time since 2018 as the central bank takes its first major step toward removing the monetary policy accommodation is had implemented over the course of the COVID pandemic.  “At the moment, the Fed is expected to be cautious when it comes to interest rate policy in 2022, given the conflict in Ukraine,” Lindsey Bell, chief markets and money strategist at Ally.  “The conflict is adding complexity to the Fed’s already difficult job.  The central bank will likely remain data-dependent as it makes rate decisions throughout the year.”