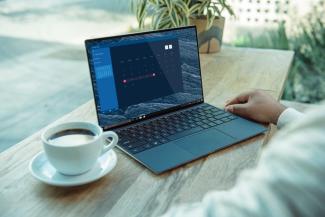 All major US indices were negative again last week, with the Dow Jones Industrial Average, S&P 500 and the Nasdaq down 1.23,1.24 and 2.78.  The unemployment rate was reported last week for February at 3.6% and the US economy adding 678,000 jobs.  However, the US labor participation rate was little changed over the month coming in at 62.3%.

The Russian conflict with Ukraine continued last week, with Russian forces attacking a nuclear plant and taking control.  The US and other NATO leaders condemned the attack as a war crime.  Reports of a fire raised concerns of the possibility of a radiation leak outside the main reactor complex.

Federal Reserve Chairman Jerome Powell indicated in his testimony to Congress that he is favoring a 25 basis point rate increase for March.  Some economists were projecting a 50-point increase.  He noted that although inflation is well above the Fed’s target the “implications for the US economy are highly uncertain” given the Russian Ukraine conflict.

US stock futures were down significantly as oil hit highs of over $130 a barrel, however declined to roughly $118 a barrel, causing the Dow futures to cut losses in half.  Oil prices have had a significant impact on the US consumer at the pump with the national average for a gallon of gas at $4.00 and in some places of California above $6.00 a gallon.

This week, talks between Russian and Ukraine officials are expected to continue.  Russian forces continue to pound the Ukraine with rockets despite a cease fire for evacuation corridors where 1.7 million people of fled the Ukraine.  The US and other European nations have issued sanctions in hopes to discourage continued Russian aggression.