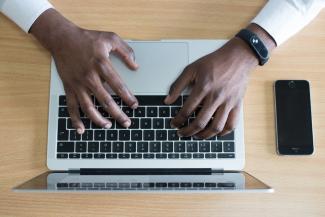 Last week saw solid performance from the Dow and S&P 500 by gaining 2.7% and 1.2%, respectively.  Despite a 0.9% rally last Friday, the tech-heavy NASDAQ lost 1.5% on the week.  This late-week optimism came despite a far weaker-than-expected April jobs report.  While economists polled by Dow Jones had expected the recovering U.S. economy to add 1 million new jobs, the report showed an increase of only 266,000 net jobs in April.

The poor April jobs report caused much reflection among market analysts.  “It doesn’t hurt equities to know the Fed (Federal Reserve) is still the backdrop with lower rates for and the tech names are going to get a little bit of a bid here on worries about the re-opening but the bigger cyclical names will take the baton over the coming months.”

Following last week’s jobs report, every sector in the S&P 500 rallied, with technology stocks vying with cyclical energy and industrial stocks for being the best performers.  Interesting to note that the Russell 1000 Value and the Russell 1000 Growth both ended Friday’s rally gaining 0.8%, after value stocks outperformed growth stocks every day last week.

The next test for the investment markets comes with this Wednesday’s inflation report, which is expected to show that price pressures jumped by the most on an annual basis since 2011.  But given that the Federal Reserve chief Powell has said that the central bank will need to see a string of strong data before shifting their stance, it’s likely that April big jobs miss was a big enough blow to keep the Fed on the sidelines.  “It justifies the Fed, it keeps them from having their tapering discussions or thinking about rising rates, “said Ross Mayfield, investment strategy analyst at Robert W. Baird & Co. “That by and large is supportive for equity markets.”