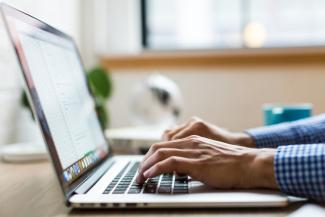 Stocks are coming off a losing week after last month’s consumer price index (CPI) made its largest annual increase in more than three decades. All three major averages snapped a five-week winning streak. For the week, the Dow and S&P 500 dropped 0.6% and 0.3%, respectively, while the tech-heavy NASDAQ was the underperformer losing 0.7% as rising bond yields muted growth areas of the market. In spite of the surprising inflation data, these major averages are not far from their records.  The Dow and S&P 500 are only 1.3% and 0.8%, respectively, from their all-time high, and the NASDAQ just 1.2%away from its record.

Referring to last week’s report showing October’s CPI jumped 6.2% from a year ago, well above the 5.9% economists had expected, that data “added to concerns that inflation at a 30-year high could indeed remain a stickier problem and challenge for businesses, consumers and monetary policy makers to contend with over the next four to six months or even longer” said John Stoltzfus, chief investment strategist at Oppenheimer Asset Management.  He said he expects inflation to dampen in the longer term.

Also, the Labor Department reported that a record 4.4 million workers left their jobs in September, generally that they can get a better job.  Consumer confidence, though, dipped to a 10-year low in November as consumer are reportedly growing more concerned about inflation.

Investors this week will get a look at how much consumers are spending when retail sales report is released Tuesday, while housing, new construction and building permits will be released on Wednesday.