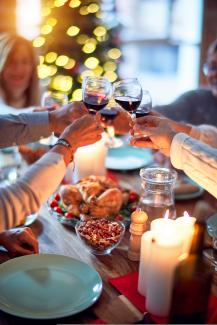 Last week closed with a nice late-day rally on Friday, but all three major indices ended the week down. Investors have been reflecting on the strength of the recent bear market rally, which kicked off earlier in the month with the October CPI report and also gained some steam with last week’s PPI report. Traders last week were focused on messaging from Federal Reserve officials, who were less impressed with the figures and reassessed their optimism around the possibility of slowing inflation.

Ed Yardeni of Yardeni Research said in his view, the October 12 low was the bottom and the S&P 500 could rise near 4,300 by the end of the year, he told CNBC Friday night. The benchmark currently sits at 3,965.  “What’s making the big difference is the markets is the resilience of the economy, it’s spectacular,” Yardeni said.  “Everyone’s been debating whether we’re going to have a soft landing or a hard landing – meanwhile, there’s no landing whatsoever. The consumer didn’t get the recession memo and they keep spending.”

This week, a historically quiet one ahead of the Thanksgiving holiday, investors will be busy with another group of retail earnings to digest before the start of the post-holiday shopping season.  Best Buy, Nordstrom, Dick’s Sporting Goods and Dollar Tree are among companies reporting this week.