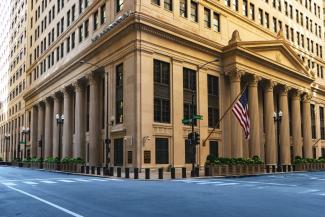 President Biden is expected to announce in the coming days his nomination for the next Federal Reserve Chair.  Current chairman Jerome Powell and Lael Brainard are considered the most likely candidates.  Many expect a more dovish central bank if Brainard is nominated, meaning it would take longer to tighten policies including raising interest rates.

“I do think in the shortened week, that is probably going to be the biggest driver of market action,” said Jeff Schulze, ClearBridge Investment strategist.  “If Brainard is nominated as Fed chair, it wouldn’t be a surprise to me to see some near-term volatility.  Usually, the market tests a Fed chair.”

But before these market holidays, one of the key pieces of economic data will be the Personal Consumption Expenditures (PCE) deflator for October out on Wednesday from the Bureau of Economic Analysis.  This will help further show how inflation has evolved in the U.S. and will likely show yet another elevated figure on U.S. price pressures.  A consensus of Bloomberg economists’ estimates the PCE, which is the Fed’s preferred inflation gauge, will likely show a 4.1% increase over last year.  This would be the biggest annual jump in about three decades.