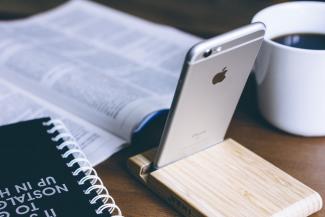 It was another down week for the three major U.S. equity markets last week, capping off the first three week losing streak since September 2020.  Historically, these declines come as no surprise as September and October have proven to be the weakest months of the year.  Amid the losses, the Dow, S&P 500 and NASDAQ still sit less than 3% below their all-time highs.

The big question for investors this week has been around when the Federal Reserve (Fed) will formally announce the timing of and then actually begin to reduce (“taper”) their bond-buying program formally known as Federal Open Market Operations.  The Federal Open Market Committee (FOMC) members are set to kick off their two-day meeting on Tuesday, September 21, with the meeting culminating with their monetary policy statement and press conference from Federal Reserve Chair Jerome Powell on Wednesday.

This is one of the tools available to the Fed for controlling the money supply in the U.S. economy.  For more than the past year, this has comprised of the Fed buying $120 billion per month in agency mortgage-backed securities and U.S. Treasuries.  The Fed has suggested it is looking for “substantial further progress” toward its employment and inflation goals before they begin to pare back this pandemic -era program.

This week kicks off with the U.S. equity markets under pressure from a myriad of economic and global issues.  On the global front, concerns over property developer China Evergrande.  Market analysts increasingly believe that Beijing will let Evergrande fail and inflict losses on its shareholders and bondholders.  The company’s debt burden is the biggest for any publicly traded real estate management or development company in the world.

Also contributing to the “wall or worry” are concerns over the future pace of inflation and the looming debt ceiling debate coming in Washington.  U.S. Treasury Secretary Janet Yellen issued another plea to Congress to raise the federal debt ceiling.  Yellen said last week that the Treasury would exhaust its emergency efforts to make payments on debt already incurred sometime in October.”