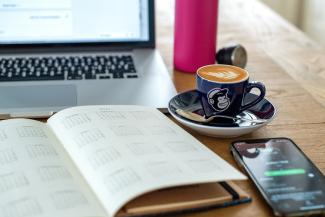 Turbulent, volatile, tumultuous, and even chaotic can all be used to describe last weeks investment markets.  Not only the stock market but the bond market as well experienced significant declines after the Federal Reserve met and conveyed the battle with inflation continues and recession is more likely.

The S&P 500 hit levels not seen since the June lows, declining 1.7% on Friday and 4.65% for the week.  The Dow Jones Industrial Average fell 4% for the week and the Nasdaq, most heavily effected by interest rate increases, was down 5.07%.  All major indices are at or near bear market territory for the 2022, defined as a decline of 20% or more.

The Federal Reserve Board raised interest rates by 0.75% on Wednesday for the third consecutive time bringing the federal funds rate to a range of 3% to 3.25%.  Although the 75 basis point increase was widely expected, investors reacted negatively to Federal Reserve Chairman Jerome Powell’s comments on the economy and the likelihood of recession.  Powell said, “The chances of a soft landing are likely to dimmish…No one knows whether this process will lead to a recession or, if so, how significant that recession would be.”  Powell continued to rattle investors by saying the unemployment rate will likely need to increase for inflation to subside.

The United Kingdom announced an economic plan with sweeping tax cuts to help promote growth, however investors again reacted negatively over the fear of global inflation.  On Friday, the British Pound fell 3.5% against the dollar hitting a three decade low.

Markets were little changed from last week and again all major indices opened negative.  The U.S. dollar continued to climb and the British pound continued to fall to a record low hitting the lowest against the dollar since 2002.  Bond rates are again on the rise with the 2 year hitting 4.29%.