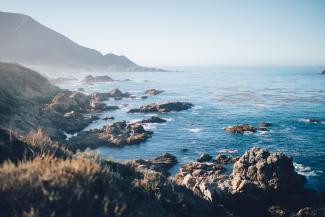 The U.S. equity markets rebounded in July for their first solid month of 2022.  The Dow and S&P 500 gained 6.82% and 9.22%, respectively, while the NASDAQ surged 12.39% for its best month in more than two years.  The rapid gains for the month did raise a question about the markets that has yet to be answered – was this the beginning of a market recovery or nothing but a bear market rally (also known as a bear trap)?  The challenge with a bear market rally is that hopeful investors jump back into the market believing it is a recovery only to experience another leg down in the market.  So far, the rally has largely held, but portfolio managers are still very divided as to whether this is the beginning of a long-term recovery or a short-term bear market rally.

An argument favoring a recovery states market fundamentals that showed signs of positive progress during the month as well. According to Bloomberg Intelligence, as of July 29, 2022, with 56 percent of companies having reported actual earnings, the blended earnings growth rate for the S&P 500 in the second quarter was 6.6 percent. This is up from analyst estimates for a more modest 4.1 percent increase at the start of earnings season and signals continued fundamental improvement for U.S. businesses during the quarter. We know market fundamentals drive long-term market performance, so the second quarter’s better-than-expected results so far are an encouraging sign for markets.

The bond market also enjoyed gains for the month of July, largely driven by falling long-term interest rates.  Investors saw the yield on the bellwether yield on the 10-year Treasury decline to 2.67% by the end of the month, due primarily to investor concerns about slowing economic growth. This brought long-term interest rates to their lowest level in just over three months, which helped support both the U.S. stock and bond markets. The Bloomberg U.S. Aggregate Bond Index gained 2.44 percent in July.

Inflation will continue to play a major role in the economic and market landscape.  On August 10 the Bureau of Labor Statistics reported the consumer price index (CPI) for the 12 months ended July 2022 fell to 8.5%, from a 41-year high of 9.1% in June.  The core CPI, excluding volatile food and energy prices, remained at 5.9%.  This has been perceived as generally good news and the U.S. equity markets, so far, have reacted very positively.

But a deeper look into the CPI report reveals a mixed bag of results.  The CPI for the month of July was flat (following a 1.3% increase in June), balancing a decline of 4.6% in the energy index and declines in gasoline and natural gas with increases in the food, shelter and medical care indexes.  The core CPI increased 0.3% in July, again excluding food and energy, although the 12-month core rate remained the same.

The “R” word (recession) has been in the news recently and the debate continues whether or not the U.S. economy is indeed in a recession.  There are two arguments favoring recession, and primarily one favoring no recession.  The traditional economist would point to the back-to-back quarters with negative gross domestic product (GDP) as always being a sign of recession.  This argument is further supported by the yield on the 2-year Treasury exceeding that of the 10-year issue, known as yield curve inversion.  Anu Gaggar, Global Investment Strategist for Commonwealth Financial Network (our broker/dealer firm), found that the 2-year/10-year Treasury curve has inverted 28 times since 1900.  In 22 of those instances, a recession followed, she said recently.  Perhaps more notably, the yield curve has inverted before every recession since 1955, with a recession following between 6 and 24 months.  In 2022, the yield curve first inverted on April 1 and the current inversion has been going on for more than two months.

The argument against the U.S. economy being in a recession at this time is the strong labor market.  The July unemployment report came in far stronger than expected, with 528,000 jobs being added to the economy and the unemployment rate declining to 3.5%, the lowest level since February 2020.  This data may indicate that the U.S. economy, although generating negative GDP, is still growing and adding strength.

All eyes are on the Federal Reserve and what action will be taken to curb inflation at the September 20 and 21 meeting of the Federal Open Market Committee (FOMC), the policy making arm of the Federal Reserve.  Prior to the July CPI report, conventional wisdom was that the “Fed” would hike interest rates by another 0.75% at their September meeting.  Following the July CPI report, tension over inflation seems to have eased and some analysts are now seeing a smaller, 0.50% rate increase.

We remain cautiously optimistic about the investment markets’ ability to recover given the recent resilience of the U.S. economy – markets have always recovered from bear market declines.  The question is timing, and a change in the economic landscape could certainly delay that recovery even further.  Our managed portfolios (six models) reflect this cautious optimism and are fully invested in a broadly diversified in U.S. stocks and bonds with small allocations in foreign stocks.  We continue to monitor individual holdings and our model portfolios and benchmark each against a variety of applicable indices.