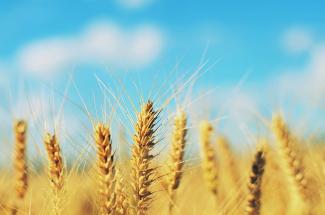 Inflation continues to dominate the daily national headlines. The Consumer Price Index (CPI) report for May read 8.6%. Analysts were predicting June to be slightly higher at 8.8%. However, the July 13 CPI came back at 9.1%, which is the highest level since November 1980. “Core” CPI, excluding volatile food and energy prices, rose 5.9% in June (5.7% expected), compared to 6.0% in May. The report’s energy prices rose 7.5% in June and 41.6% over the past year, which is the largest 12-month increase since April 1980. The portion of the report tracking food prices increased 1% over the month of June and 10.4% over the past year, the largest 12-month increase since February 1981.

The gross domestic product (GDP) for the first quarter of 2022 decreased at an annual rate of 1.6%. Currently, the Atlanta Fed’s forecasting model, GDPNow, estimate stands at -1.2% for the 2nd quarter of 2022. If another negative reading occurs, the U.S. economy would fall into a technical recession - defined as two consecutive quarters with negative GDP. Some analysts believe that a recession may be the best way to curb the current decades-high inflation.

During the last meeting of the Federal Reserve’s Board of Governors, interest rates were increased 0.75%, which was the largest single rate increase since 1994. This was the third interest rate increase of 2022 and pushed the federal funds rate range to 1.5% - 1.75%.  With June CPI and jobs report out and the upcoming second quarter GDP report due July 28, the Fed will have plenty of information to digest during their next meeting, scheduled for July 26 – 27. The Fed’s June meeting minutes suggested another 50 – 75 basis point increase is likely. However, many analysts are now expecting a 75-basis point hike, while others are suggesting 100 basis points is possible.

Despite the economic challenges noted above, there was some positive news released earlier this month. Job growth accelerated at a faster than expected pace in June. Total nonfarm payrolls rose 372,000 in June, higher than the 250,000 Dow Jones estimate. This was led by professional and business services, leisure and hospitality, and health care. The unemployment rate has remained level for the past four months at 3.6% and unemployed persons was 5.9 million in June. An alternative measure of unemployment that includes discouraged workers and those holding part-time jobs due to economic reasons fell sharply, to 6.7% from 7.1%. Average hourly earnings rose 5.1% from a year ago. Some analysts believe the U.S. economy will not fall into a recession due to this strong labor market data, but this will be confirmed with the release of the 2nd quarter GDP report on July 28.

While we believe history will repeat itself and full market recovery will happen, we truly understand how difficult this investment environment is.  We continue to be in contact with our research partners on a daily basis and will do whatever possible to navigate this difficult market environment.

Please feel free to contact us at any time should you have any questions or want additional information.