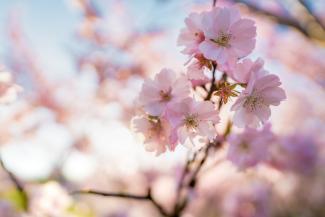 We waited until after the Federal Open Market Committee’s (FOMC) March 16 announcement regarding its decision on increasing interest rates and other measures meant to combat rising inflation to publish this edition of our Market Perspective.

It was widely anticipated that the Fed would increase short-term interest rates, namely the Federal Funds rate, by ¼ of 1% (or 25 basis points), at the end of their March 15 and 16 policy meeting – and that’s exactly what they did.  But it wasn’t what the Fed did that surprised the market, it was the two statements Fed chair Jerome Powell made that came as a real surprise.  Late last year, Powell stated that based on the (then) current level of inflation, the Fed projected raising interest rates three times in 2022.  Yet, at the conclusion of the Fed’s March 16 meeting, Powell stated that the Fed is planning to raise interest rates a total of seven times in 2022 and three or four times in 2023.  The FOMC holds eight regularly planned meetings each year to determine if any short-term action needs to be taken.

The second statement Powell made was that the Fed would also begin reducing its balance sheet in the near future.  This means that the Fed will begin selling the Treasuries and mortgage-backed securities it holds as a means of taking money out of the economy, i.e., reducing the money supply.  Remember that inflation is defined as too much money chasing too few goods and services, and that reducing the money supply should help slow the pace of inflation.

In our view, it is clear that the Fed is far more focused on reducing inflation than it is on sustaining growth in the economy – but it must do both to keep the economy from falling into a recession.  The Fed’s March 16 decision is a complete reversal of its actions through February when it kept interest rates low and continued to purchase bonds in the open market as a means of expanding the money supply.  The Fed is going to have to balance trying to curb inflation with not over-tightening the economy.

The employment picture has been very bright over the last two months and is certainly an indication of an economy that is recovering.  The Bureau of Labor Statistics announced that the economy added 467,000 jobs in January when market analysts expected only 150,000 new jobs and brought the unemployment rate to 4%.  In February, 678,000 new jobs were added when only 440,000 were expected and dropped the unemployment rate to 3.8%.

While the U.S. economy appears to be strong based on recent employment data, continued business investment and durable goods orders, 40-year high inflation, $110 per barrel oil and the on-going invasion of Ukraine will continue to create headwinds for the economy and the investment markets.  We will be paying close attention to the March consumer price index (CPI) due to be released April 12 and the 1st quarter gross domestic product (GDP) due April 28.