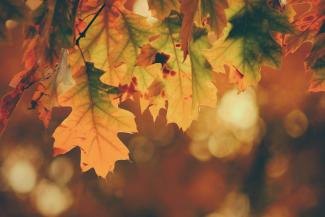 Following a dismal September, the U.S. equity markets posted a solid recovery as corporate earnings came in better than expected.  Not that earnings were good, but the expectations had been much worse – as the market’s concern over a steep earnings decline and dire 4th quarter predictions did not materialize.  So, when 69% of the 276 companies in the S&P 500 reported better-than-expected earnings, the stock market finally had something to cheer about.  Also helping was some poor economic data (consumer price index year-over-year at 8.2%, and producer price index at 8.5%), which sparked hopes that the Federal Reserve may ease off their future interest rate increases.

Inflation, both at the consumer and producer levels, and the future actions to be taken by the Federal Reserve (Fed) in combating inflation, remain the market’s greatest concerns.  Going into the Fed’s November 2 announcement about increasing interest rates, it was fully expected that the Fed would raise short-term rates by another 0.75% (75 basis point(s)).  It was widely “hoped” that the Fed would, in its report of their meeting, give some indication when they may “pivot” and begin to slow the pace of rate increases of each of their previous three meetings (each were 75 basis points).

On November 2, Fed Chair Jerome Powell announced they would be raising short-term rates 75 basis points.  The markets rallied on the news.  But when Powell spoke and gave the outlook for interest rates in the future, he made it clear that Fed had no plans to reduce the current pace of rate increases until it saw several months of declines in inflation. The market immediately reversed and ended having another down day.

It is clear that October’s rally was based on the hopes that the Fed would soon pivot and slow the pace of interest rate increases.  There had been a few economic reports released during October that gave a hint that the economy might be slowing, and on those hints the markets rallied.  If nothing else, the rally of October showed that investors are ready to get back in the market when the Fed actually does begin to slow the pace of rate increases and is how the market is likely to repeat its historical pattern of rapid recoveries.  Early 2022 is the most recent case in point.  Between February 19 and March 23, the U.S. stock market (Dow, S&P 500 and the NASDAQ) experienced its most rapid bear market decline in history (down more than 30%).  Then from March 24 to early July, the market fully recovered making it the fastest recovery from a bear market in history.

HFG thanks you for your continued trust in us during these volatile times. We are focused on monitoring the markets and making any necessary changes to your investments. To ensure we are utilizing funds that are appropriate for the given economic environment, we monitor the performance of all funds daily. Doing so allows us to fulfill our fiduciary duty to our clients. If you have any questions regarding your individual portfolio or investment strategy, please do not hesitate to contact us – we are always here for you.