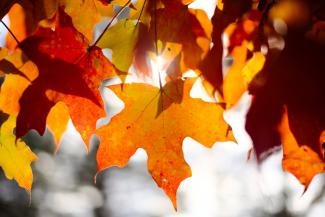 The investment markets in September once again fell victim to a hotter-than-expected consumer price index (CPI) report and the action taken by the Federal Reserve (fed) to combat that inflation.  On September 15, the Bureau of Labor Statistics reported that August “headline” CPI had declined to 8.3% which on its own was very good news.  The “core” CPI, however, which omits volatile food and energy prices, rose 0.6% to 6.3% which sent the markets reeling.  Market watchers were holding out hope that CPI would begin to show containment and give the Fed reason to slow its rate of interest rate hikes.  Neither happened, and on September 21 the Fed raised short-term interest rates by another 0.75% (or 75 basis points), the third consecutive rate increase of that magnitude.

For the month of September, the Dow and the S&P 500 declined 8.76% and 9.21%, respectively, while higher interest rates continued to batter technology stocks taking the NASDAQ down 10.44%.  Notably, all three indices finished the month well below their respective 200-day moving average for the sixth consecutive month.  This average is considered a key indicator by traders and market analysts for determining general market trends.

The U.S. bond market also experienced price declines due to rising interest rates.  The Bloomberg Aggregate Bond Index dropped 4.32% for the month of September and a decline of 14.31% year-to-date through September 30.  The Bloomberg U.S. Corporate High Yield followed suit sliding 3.97%.

A closer look at the August CPI report is quite revealing.  Again, on the surface, the headline CPI dropping to 8.3% was a good thing.  But the “internals” told a very different story.  Energy, especially gasoline, was the only sector that declined – every other sector increased for the month.  This is why the core CPI jumped (because it omits energy and food) for the month.  The Fed made it quite clear following its Economic Policy Symposium in Jackson Hole, Wy August 25 - 27 that it intended to raise interest rates as much as needed until there was evidence that inflation was under control.  The August CPI report indicated quite the opposite.

So where are we now?  The range for the Federal Funds rate is currently 3.0% - 3.25%, and in updated projections the Fed has signaled plans to raise the range to 4.25% - 4.5% by year end – that would be an increase of another 1.25% at its final two meetings of the year (November 1 – 2 and December 13 -14).  As of the writing of this newsletter, there is projected to be an 98% chance that the Fed will raise rates another 0.75% at their November meeting.  The chances of a fifth straight 0.75% increase in December are currently projected to be 62%.

Recent rallies in the market have been largely based on anticipation (or perhaps hope) that inflation has peaked, and that the Fed would not have to continue aggressive action in raising interest rates to curb inflation.  This happened again yesterday (October 12) when the producer price index (PPI, measuring wholesale inflation) was announced by the Bureau of Labor Statistics (BLS) as increasing 0.6% in September for an annual rate of 8.5%.

This morning (October 13) the BLS announced the consumer price index (CPI, measuring retail inflation) for September.  Market analysts forecasted a month-over-month increase in “headline” inflation of 0.2%, but it was announced to have been 0.4%, for a year-over-year rate of 8.2%.  Core CPI, which omits volatile food and energy prices, surged 0.6% to an annual rate of 6.6% - a new annual high rate and the highest core CPI rate since 1982.  Once again, the anticipation of peaking inflation and the reality of inflation further increasing caused a great deal of volatility in the stock market today.

These reports, no doubt, have given the Fed reason to remain on their intended course of raising interest rates substantially by the end of 2022.  We will see what action the Fed takes at their next meeting scheduled for November 1 and 2 and increase anticipation for the action the Fed will take at their final meeting of the year in December.

Should you have any questions about the economic environment or the investment strategy we are employing in our managed PPS Custom portfolios, please do not hesitate to contact us.  Your call is welcomed and encouraged.