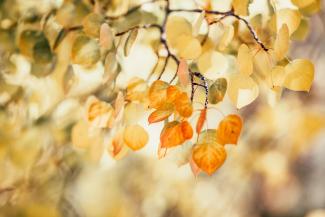 A late month slide in the U.S. equity market pushed all three major indices into the red in August.  The Dow declined 3.72%, while the S&P 500 lost 4.08% for the month.  The tech-heavy NASDAQ struggled again, losing 4.53%.  The sell-off in the markets was primarily due to rising interest rates in August, caused in part by comments from the Federal Reserve Chairman Jerome Powell, who said the Fed planned to keep short-term interest rates higher for a longer period of time seeking to curb inflation.  Note that rising interest rates hurt stock valuations by reducing the present value of future earnings.

The developed foreign markets did not fare much better over concerns of tighter monetary policy.  The MSCI EAFE index dropped 4.75% in August, while the MSCI Emerging Markets index eked out a 0.46% gain.

August showed that the Fed possibly started to make progress in curbing inflation.  July consumer and producer inflation reports showed slowing inflation on a monthly and year-over-year basis, and the Fed’s preferred inflation gage – the personal consumption expenditure (PCE) – declined slightly in July.  Although inflation remains too high, signs of a peak were welcomed - until the August consumer price index (CPI) was announced on September 13.

The index futures were up - for the Dow up more than 200 points, and more than 100 for the NASDAQ – in the moments prior to the 5:30am PDT announcement of August CPI by the Bureau of Labor Statistics (BLS).  Expectations were for overall CPI to be reported at 8.1% with only a slight increase to the core CPI (omitting food and energy prices).  Upon the announcement that CPI had fallen only to 8.3% (8.1% was expected) and core CPI had increased more than expected to 6.3%, U.S. equity markets tumbled.  And as details from the August CPI report came out, the markets continued to drop.

Perhaps most shocking was the 0.8% monthly increase in food making for an 11.4% annual increase, the most since 1979.  According to the BLS, increases is shelter, food and medical care indexes were the largest of the many contributors to the broad-based monthly “all-items” increase.  Offsetting these increases was a 10.6% decline in the price of gasoline.  In addition, the overall energy index fell 0.5% for the month, but the electricity and natural gas indexes increased.  Even omitting volatile food and energy process, the core CPI jumped 0.6% (0.3% was expected) for the month, per the BLS.

This leads all eyes back to the Fed, and more specifically, the Federal Open Market Committee (FOMC) which is the policy-making arm of the Federal Reserve.  August’s CPI report dashed any hopes of the Fed slowing the rate of interest rate increases, and with it any hopes of getting a 0.5% increase at the FOMC’s September 20 – 21 meeting.  Conventional wisdom is that an increase of 0.75% is a certainty, and the possibility of a full 1% increase has become very real.

The caveat, however, is that many economists question the ultimate effectiveness of raising interest rates as the only way of fighting inflation.  The FOMC’s other tool in monetary policy is known as “open market operations,” where bonds are either sold or purchased as a way of controlling the money supply.  The Fed stopped purchasing bonds (adding to the money supply) earlier this year, and immediately reversed course and began to sell about $60 billion in bonds each month, and the money supply fell.  But the paper by Francesco Bianchi (Johns Hopkins University) and Leonardo Melosi (Federal Reserve Bank of Chicago), “Inflation as a Fiscal Limit,” goes a step further.  “This increase in inflation could not have been averted by simply tightening monetary policy.  The conquest of post-pandemic inflation requires a mutually consistent monetary and fiscal policies to avoid fiscal stagflation.”  The paper suggests that without constraints in fiscal spending, rate hikes will make the cost of debt more expensive and drive inflation expectations higher.

We will continue to work with Commonwealth’s Research department and with our other research partners to determine the best path forward.  It is important to note that the market meltdown of September 13 did nothing more than wipe out the gains for the first two weeks of September.  Going forward, the investment markets are likely to remain volatile until the direction taken by the FOMC is determined and the effectiveness of higher interest rates on reducing inflation is felt by the consuming public.